Skip to content
HelloTrail is reader-supported. We may earn a commission, at no additional cost to you, on purchases made from our expert chosen links. Learn more

What’s the definition of a four-person tent?

The left-brained people among you may believe that it’s a tent designed for four people to sleep in.

If that’s the case, you obviously don’t work for a tent manufacturer, many of whom assume that they’re designing tents for slim, five-foot-five campers who are happy to sleep head to toe.

And don’t get me started on one-and-a-half person tents.

Just which half of the second person are you supposed to leave behind?

If like me, you find this rather confusing, then you may find it easier when buying a new tent to focus on functionality and features rather than the number of people it claims to be able to cram in.

That said, when it comes to versatility, the four-person tent is king.

Today, we’re going to look at one of the stalwarts of the four-person tent market—the Kelty Grand Mesa 4.

It’s a no-frills, four-person tent that’s perfect for – small- family camping or room for a couple to actually stretch out.

I’ll run through some of the features of this tent below, but there are two awesome things about this tent that I want to mention first.

Firstly, one thing that really bugs me about some backpacking tents is how awkward they are to get into.

It’s like manufacturers expect you to be a contortionist.

Not Kelty. The Grand Mesa 4 is equipped with a HUGE D-shaped door.

Seriously, a baby elephant could get in and out without difficulty. – though this isn’t recommended for obvious reasons.

Even with the fly pegged out, the outer door rolls back to make it super easy to shift gear in and out of the tent.

The second feature I love is the packaging.

Rather than the traditional sausage-shaped stuff sack that feels two sizes too small for the actual tent, the Grand Mesa 4 comes in a roll top carry cube that looks a bit like a dry bag.

So simple, and yet so good.

Good news if you’re trying to fit them into your backpack or bike panniers.

Designed as an all-around, multi-purpose tent, the Kelty Grand Mesa 4 is versatile and won’t break the bank.

Let’s take a closer look at some of its features…

Size: A Squeeze for Four Adults

Kelty claim this is a four-person tent, and technically you can fit four 20-inch sleeping mats inside, but there’s not going to be much elbow room.

It rather puts me in mind of a certain nursery rhyme…

“There were four in the bed, and the little one said, ‘roll over’.”

That said, it’s a perfect size for two adults and a child, or two backpackers with child-sized packs.

And if you prefer a bit more comfort when camping, you should be able to fit a queen-sized air mattress in with a bit of space to spare around the sides.

Good for Three Season Use

The Kelty Grand Mesa 4 is a standard three-season tent. It’ll deal with most weather conditions, but it’s not designed to stand up to gale force winds or heavy snow.

It’s a double-walled tent and the poles attach to the inner part of the tent, giving you the option to leave off the fly altogether if it’s really hot.

The top two-thirds of the canopy are mesh, so if you leave the fly off, you’ll get excellent ventilation while keeping any bugs firmly on the outside of your tent.

This is perfect if you’re camping in the wild, but if you’re on a packed camping field, you may want a bit more privacy.

One of the downsides of the Grand Mesa is that when the fly’s attached, the ventilation is much more restricted.

If the weather’s warm and you keep your tent shut up all day, then it’s going to be pretty toasty come nighttime.

Because of the large mesh area, I wouldn’t recommend it for cold weather camping.

This tent is about as easy to put up and take down as they come.

It’s a classic two pole design: just poke the poles in the grommets, clip on the tent canopy, and hey presto, you have a tent.

If you’re camping as a family, it’s a perfect tent for the kids to put up while you sit back and relax – I mean supervise.

The fly attaches via clips at each corner and colored webbing makes sure you don’t end up with the door on the wrong side.

Durable for the Price

The Kelty Grand Mesa 4 doesn’t claim to be a lightweight tent, which means that the materials used are a little heavier and more durable than many backpacking tents.

The footprint of the tent will stand up to damp or rocky ground, but if you’re car camping, then there’s no reason not to use a tarp or stand-alone footprint to provide an extra layer of protection for you and your tent.

Although the shape of the tent isn’t streamlined for high winds, there are a decent number of attachment points for guylines to help keep you on the ground.

If you want to peg lines from all these points, you may need to bring along some extra guylines and stakes.

As might be expected for a mid-range tent, the stakes provided are pretty basic.

They might do the job on firm earth but if you’re camping on hard, stony ground or sand, I’d recommend investing in some specialist tent stakes which aren’t going to bend on their first outing.

Although it’s spacious inside, one of the downsides of using the Kelty Grand Mesa 4 as a three or four-person tent is the lack of storage space.

There’s only one vestibule at the front which will keep your boots dry but realistically, isn’t big enough for stashing backpacks or other large items.

If you’re backpacking with a couple of mates, you’ll need to be prepared to leave your bags outside.

Inside, there are four storage pockets for stashing phones, flashlights and midnight snacks.

Although Kelty has kept the design minimalist, there are loops to attach a gear loft, and the top of the tent is high enough that you won’t constantly be banging your head on it when sitting up.

Definitely something to consider if you’re camping with kids and need a bit of extra storage space inside the tent.

The Kelty Grand Mesa 4 is a great all-rounder, but if you’re looking for a four-person tent for a specific use, you may want to check out these alternatives.

This popular four-person tent comes in cheaper than the Grand Mesa and has an extra 8 ft2 of space inside.

Like the Grand Mesa, it’s a fairly basic design but as it’s a cheaper tent the components are not quite such good quality.

The fiberglass poles on the Sundome will be less durable than the aluminum poles on the Grand Mesa, and the same goes for the tent zips and fabric.

The Sundome only has a partial fly which will give better ventilation than the Grand Mesa in hot weather but won’t be as effective at standing up to spring or fall rain.

But if you’re on a budget and want a tent for occasional camping, then the Sundome is worthy of consideration.

At a similar price point to the Grand Mesa, the Eureka Copper Canyon LX is more than double the weight, putting it firmly in the car camping category.

With tall, near-vertical walls, this is a great option if you prefer to sleep on a cot or air bed or want to be able to stand up in your tent.

There’s a gear loft and high-level pockets for storage but no vestibule or ground-level pockets to stash your phone in while you’re sleeping.

Although the design looks like it would be prone to damage in storms, the steel/fiberglass poles and StormShield® polyester taffeta do a good job of keeping the weather at bay.

If weight is your primary concern, then check out the Copper Spur HV UL 4-person tent.

Designed for backpacking, it’s 2lbs lighter than the Grand Mesa with a similar floor area, but the near-vertical walls mean the inside feels a bit more spacious.

Even better, there are two vestibules for storage, each with its own entrance.

If money’s no issue then the Big Agnes Copper Spur tent is one of the best three-four person backpacking tents you can buy.

Things to Consider Before Buying a Four Person Tent

You may want one tent that can do it all, or a tent specifically designed with weight, size or price in mind.

Despite the naming convention, not all four-person tents are sized equally.

If you’re hoping to bunk with three of your friends, you may want to check the measurements carefully before buying.

Equally, if you want to use your tent for backpacking, then weight and pack size will be a bigger consideration than if you camp from your car.

3. How Robust Do You Want Your Tent to Be?

If you’re camping in winter, then you’re going to want a more robust tent that will remain standing in rain, gale or snow.

Four season tents tend to be very high-quality, but there’s a trade-off.

They’re often heavier than you need for summer camping and more expensive.

Like a good mattress or fine wine, tent quality increases with price.

The exception being end-of-season sales, which are always worth a browse even if you don’t really need another new tent.

What you want to pay for your tent will depend on how much cash you have and what you’re buying it for.

If you only camp a couple of times a year you’re likely to want to spend less than you would for a tent you’ll be utilizing every weekend.

When it comes to getting the perfect balance between versatility, durability, and cost, you won’t get much better than the Kelty Grand Mesa 4.

If you always go backpacking, never camp more than five meters from your car or want a cheap tent that you can chuck away after a festival, then a more specialist tent may suit you better.

But if like me, you enjoy a bit of everything, the Kelty Grand Mesa 4 tent is well worth a look.

Ashley's a Florida girl that didn't see snow until her twenty's. Andrew initiated her with a January trip to Breckenridge and the rest is history! A flatlander most of her life, Ashley now craves challenging trails but isn't a fan of log crossings over rapidly flowing mountain streams.
Learn more about Ashley's love of the outdoors... 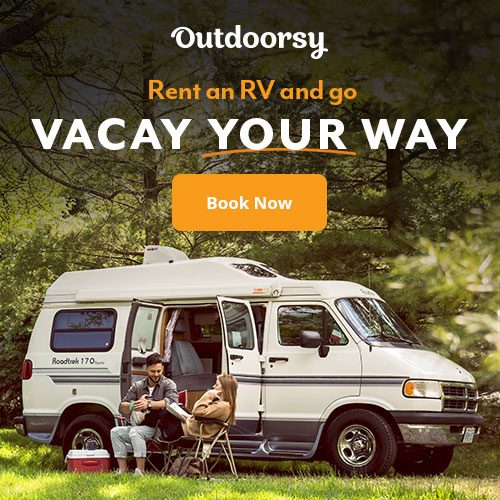 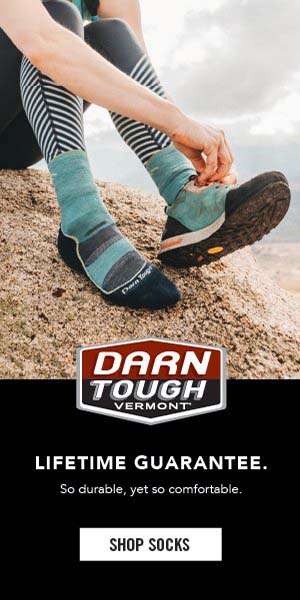